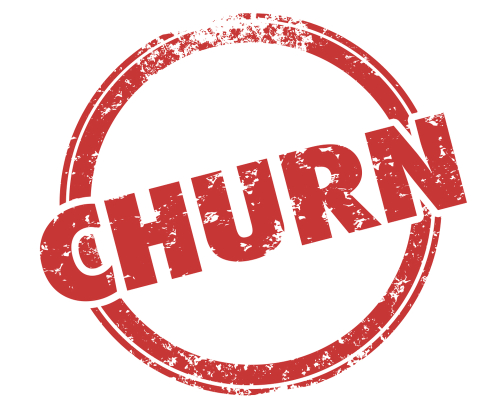 This Federal Court decision, handed down on 5 February 2020, relates to breaches of the Corporations Act arising from the “churning” of insurance policies by an adviser to generate commissions.  The case is interesting, not because of the behaviour of the planner, which was clearly unethical and breached the law, or because AMP was found to be liable as the licensee, but because of a number of issues that are addressed in the judgment that have broader application than the specific circumstances of this case.

For the purposes of this article, the relevant facts are briefly summarised as follows:

February 2013:  Internal investigation identifies a number of “very suspicious” applications for insurance made by the adviser on behalf of clients.

November 2014:  AMPFP notifies ASIC of “bad apple” but does not name him and does not mention the scale of the conduct (at this time it was estimated to be 161 clients).

Amongst other things, the case involves the obligations of a licensee to ensure that its authorised representatives comply with certain requirements of the law.  In this case, the authorised representatives were advisers who provided personal advice to retail clients and, as such, were required to comply with the following provisions of the Corporations Act (the following are summaries only of the relevant provisions):

A corresponding obligation is imposed on the licensee:

961L:      A financial services licensee must take reasonable steps to ensure that a representative of the licensee complies with sections 961B, 961G and 961J

What does section 961L require?

First, the word “ensure” is forward-looking. It is directed to the taking of steps to achieve compliance with certain statutory norms (including the relevant “best interests” obligations) before any non-compliance has arisen.

Third, the relevant best interests obligations to which s 961L refers fall under separate subdivision headings and each prescribe distinct statutory norms of conduct for the providers of financial advice.  Although the obligations relate to one another and breach of one may amount to a breach of another, their particular content and focus differs.  For this reason, a licensee may be required to take separate “reasonable steps” in respect of each underlying “best interests” obligation of the representatives.

ASIC argued that section 961L requires the licensee to be alive to the possibility of non-compliance each and every time a representative provides advice and to calibrate the steps taken having regard to their knowledge of the particular circumstances.

ASIC’s approach would potentially mean that a licensee would breach its obligation under 961L each time a representative breached one of its obligations under 961B, 961G or 961H. In this case, ASIC’s approach would have resulted in 120 contraventions of section 961L (a contravention of each of 961B, 961G and 961H multiplied by 40 clients).  The maximum penalty would be $120m.

AMP, not surprisingly, argued for a different approach that would have resulted in just 2 contraventions.  It argued that particular acts that are connected in their circumstances and linked by a common purpose constitute a single act (similar to the approach taken in criminal law).  And as ASIC had identified two sets of “circumstances” in its case (the first relating to the adviser who was initially identified and the second relating to other advisers who were later identified as having also engaged in “churning”), AMP argued that there were only 2 contraventions of the law. On this basis, the maximum penalty would be $2m.

It is important to note that licensees are required to “take reasonable steps” under a number of provisions in Chapter 7 of the Corporations Act including (for example):

This decision reminds us that:

Interestingly, ASIC did not ask the Court to consider whether AMP contravened the breach reporting obligation under section 912D.  However, the following extract from the judgment makes it pretty clear which way the Court would have gone if it had:

‍It was evidently obvious to the first Issues Panel that there was a “gap in effectiveness” in being able to “identify and bring to an end any undesirable actions by an adviser”.  In these circumstances, and given the first Issues Panel was of the view “that the matter [was] reportable” to ASIC under s 912D and recommended accordingly, and yet it was apparently thought, by those at the top of the organisation, that it was appropriate to revisit this course, it might be said that this incident raises some important questions.

Coincidentally, Treasury recently released exposure draft legislation (Financial Sector Reform (Hayne Royal Commission Response—Protecting Consumers (2020 Measures)) Bill 2020: FSRC rec 1.6, 2.7, 2.8, 2.9 and 7.2 (Reference checking and information sharing, breach reporting and remediation)) intended to strengthen the breach reporting obligations. Included in the changes would be a requirement to report when the licensee has “…commenced an investigation into whether the financial services licensee has breached a core obligation”, and the breach or likely breach is significant.  The draft legislation also imposes some objective tests that would result in certain breaches being significant by default.  For example, a breach or likely breach of a core obligation is taken to be significant if it constitutes the contravention of a civil penalty provision or is likely to result in loss or damage to clients.

For these purposes, a core obligation is defined to include an obligation under section 912A or 912B and the obligation to comply with certain financial services law.

Clearly, ASIC believes that there is under-reporting of breaches and this legislation, if passed, will almost certainly result in a significant increase in breach notices.