The impact of the CommInsure debacle on Trustees 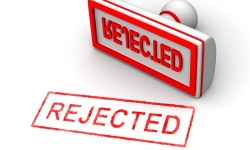 It is doubtful that anyone in Australia has failed to hear about the fiasco faced by CommInsure. The repercussions have extended to the Commonwealth Bank and other insurance companies. It has also impacted superannuation fund trustees, particularly those whose external insurer is CommInsure.

However, in my view, the primary concern of trustees should be the increased risk of liability. For nearly three years, trustees have been required to do everything reasonable to pursue an insurance claim for the benefit of a beneficiary if the claim has a reasonable prospect of success. That duty was introduced as a covenant in section 52(7)(d) of the SIS Act. (It is likely that an equivalent duty already applied in equity and/or as a result of the duty to act in the best interests of beneficiaries.)

Yet there has never, to my knowledge, been a single claim brought by a superannuation fund trustee against the fund’s insurer on behalf of a member – in either a court or the Financial Ombudsman Service (FOS). (Trustees cannot lodge claims with the Superannuation Complaints Tribunal (SCT).) Does this mean that no trustee has ever disagreed with an insurer’s rejection of a member’s claim? Does it mean that insurers always concede when trustees query their decisions? Does it mean that trustees do not understand the scope of this obligation?

It is only a matter of time before APRA starts reviewing compliance with this covenant or a successful claim is brought against a trustee for a breach. We have already seen such claims being made made by disgruntled members in court (although the claims were settled before trial).

Late last year, there was a court case where a former fund member referred the court to section 52(7)(d), arguing that he could direct the Trustee to bring his potential claim against the insurer. [1] This argument was ultimately held to not be in issue and therefore not addressed by the Court. This case does, however, support our view that trustees tend to underestimate the scope of the duty under section 52(7)(d).

Why do trustees sit on the fence?

Superannuation fund members can only lodge complaints against insurers with the SCT if they relate to an annuity or if the member lodges a complaint against the trustee and the insurer is joined. This creates a difficulty for trustees if they disagree with an insurer’s decision to reject a claim.

Some trustees try to give the appearance of sitting on the fence because they do not want to prevent the member from being able to complain to the SCT (and they are not aware of FOS’ jurisdiction [2]).

However, if a superannuation fund member succeeds at the SCT, this results in a decision that is recorded against the trustee as well as the insurer. That does not reflect well on the trustee and can be undesirable from the point of view of corporate governance reporting to the trustee board and indemnity insurance premiums. Understandably, trustees wish to minimise the number of successful complaints against them in the SCT.

The take home lesson for Trustees

To minimise risk, trustees should ensure they do the following:\

‍[2] For an analysis of the differences between FOS and the SCT, I wrote an article that was published in Superfunds magazine in August 2014.