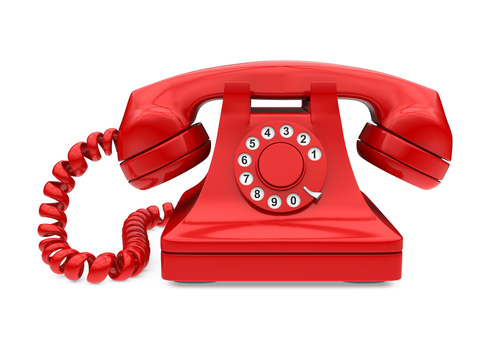 What were the facts?

In 2013, Westpac ran a campaign to increase inflows into its superannuation funds. It did that, first, by sending letters to its existing customers and, second, by calling customers inviting consolidation. Carefully scripted words were used by Westpac during its calls to customers – which were designed to avoid the impression it was giving personal advice. For instance, rather than simply stating that consolidation was beneficial, Westpac asked its customers on the phone what they saw as the benefit of combining their super and, when they replied (usually with a statement like ‘I’ll save on fees’), Westpac responded with a social proof (by saying, for instance, ‘many customers agree with you’). Ultimately, the campaign resulted in Westpac increasing its funds under management by about $650 million.

In a unanimous verdict overturning the first decision, the Full Court held that Westpac gave unlicensed personal financial product advice during the calls.

The Full Court examined the relevant calls in context and as a whole. Broadly, the judges found that the context of the calls and the circumstances in which they were made would have led a reasonable person standing in the recipients’ shoes to expect Westpac to have considered one or more of their objectives, financial situation and needs (the hallmarks of personal advice). Those circumstances included what was said, what was not said, the tone in, and character of, the calls. Justice O’Bryan summed it up best:

… [One additional factor that tended to this conclusion was that Westpac] urge[d] the recipient to follow a particular course of action [i.e., consolidate their accounts] … [As such], there [was] a greater likelihood that a hypothetical reasonable recipient of the advice expect[ed] Westpac to have considered [their] personal circumstances.

‍Westpac made some other arguments, too. But did they succeed?

were rejected by the Full Court.

ASIC said Westpac’s conduct was not in its customers’ best interests. What did the appeal court find?

The Full Court held that Westpac did not act in its customers’ best interests as required under the Corporations Act when providing personal advice. In giving the advice it did, Westpac failed to obtain the most basic information necessary about its customers, such as about the fees charged in and insurance provided by each external fund in comparison to the Westpac fund. According to Chief Justice Allsop:

The whole approach of Westpac was to obtain an advantage for itself without engaging with the personal circumstances of the customers so as to avoid the consequences of the responsibilities of providing personal advice.

ASIC said Westpac failed to act honestly, efficiently and fairly. Was it right?

It could hardly be seen … to be providing financial product advice … efficiently, honestly and fairly, to … seek to influence a customer to make a decision on advice of a general character when such decision can only prudently be made having regard to information personal to the customer. … There was a degree of calculated sharpness about the practice … In the context, [Westpac] gave the impression [that it] was there to help [its customers], when in fact it was there only to help itself.

Does the decision spell an end to general advice by phone?

At first blush, it might seem that the Full Court’s decision spells the end of general advice by phone to fund members. The most common complaint we’ve heard since the decision from our clients is that ‘funds can no longer help their members’.

Here are our observations…

First, it is still possible that Westpac might appeal the decision and succeed – which might result in different conclusions. (The period within which Westpac must appeal expires in late November.)

Secondly, the Westpac decision turns very much on its own facts. That is, the context and content of Westpac’s calls were such as to lead recipients, almost inevitably, to think that Westpac had their interests at heart. In reality, the calls were designed and conducted with only one purpose – helping Westpac help itself. Calls that are made in different circumstances with different purposes might not be so problematic.

And, lastly, some recommendations…

Lastly, while there are risks in ‘helping’ members (note that the word itself implies a degree of personal assistance), we still think there are measures funds (relying on their general advice licence or authorisation) can take to avoid breaches of the law. For instance, during phone discussions with members, funds could: